The revival of interest in the search for the paintings of the late Professor Ong Schan Tchow (alias Yung Len Kwei), together with the renewed interest in Chinese art in general have contributed to the fruition of this project.

The art of the late Mr. Ong have been un-exhibited and kept from circulation for more than 65 years.

This is the first authorised and official account and acknowledgement since the 1940's of the rare paintings as well as the inestimable patriotic contribution of the late Mr. Ong to and to millions of Chinese victims in China, Singapore and Malaysia during the Sino-Japanese hostilities and Second World War.

Many of his paintings and works were destroyed owing to the rapidly advancing Japanese imperial army. The remaining are rare and valuable works of art and are presently held in trust on behalf of the family of the late Mr. Ong.

At age 19 Ong, a descendant of the royal lineage of the Sung Dynasty won a government scholarship to Paris to continue his studies. In Paris, Ong studied at École nationale supérieure des Beaux-Art (http://en.wikipedia.org/wiki/%C3%89cole_nationale_sup%C3%A9rieure_des_Beaux-Arts), the National School of Fine Arts of the École des Beaux-Art where he learned to combine Western art techniques and perspectives with traditional Chinese painting.

In addition, he obtained a Master of Arts (M.A) in Law, French and Political Science at Faculté de Droit, University of Paris and Les écoles de notariat de Paris (http://en.wikipedia.org/wiki/Facult%C3%A9_de_Droit) and subsequently enrolled in the Doctoral program.

Owing to his fluency in French and mastery of Chinese Painting he became mentor to those few Chinese students in Paris at that time, one of whom was Xu Beihong (徐悲鴻) (https://en.wikipedia.org/wiki/Xu_Beihong) who later became a good friend.

According to the most recent Longyan (Lung Yen) official annals (1997 edition) of the Province of Fukien, Ong is recognised as one of her most distinguished and greatest sons.

His fame as an artist grew while in France and also later upon his return to China in 1927. He was highly regarded and idolised as one of the first and very few Chinese artists in the history of China to be trained at École des Beaux-Art and who gained expertise in the techniques of both the East and West.

As conditions of the Government Scholarship, upon his return to China, he had to enter the service of the government at Nanjing holding various responsible positions and for a number of years was the Secretary of the Executive Yuan. With a prodigious mind and talent, he was also lecturer of French, Law and Art at Nanjing University and editor of the Nanking Morning Press.

During this time amongst his many responsibilities, he was also busily painting and exhibiting his works. He became well known for his paintings on people, scenery, nature and still life.

Lin Sen, (林森) President of the Republic of China (http://en.wikipedia.org/wiki/Lin_Sen)

During the Second Sino-Japanese hostilities, as service to the country, he was appointed Colonel of an ammunitions factory in the province of Guangdong. During a major assault by the rapidly advancing Japanese army he saved the factory from destruction as well as the people of Guangdong from certain death.

As a patriot, Professor Ong exhibited his paintings and prints solely to raise monies to support the country against foreign invasion and to assist the millions of Chinese refugees fleeing the country. His substantial charity and patriotism was widely acknowledged and recognized at that time.

Owing to poor health he resigned from his government position and devoted more time to his art and the exhibition of his paintings.

However with the fast advancing Japanese forces, Ong collected many of his paintings and held many exhibitions in other non-Japanese occupied parts of China as well as in Hong Kong again to raise monies in aid of the millions of civilian victims of the Sino-Japanese hostilities.

It was unfortunate that the Sino-Japanese war was followed by World War II when the Japanese Imperial forces occupied parts of South East Asia when many Chinese nationals had fled from the Sino-Japanese hostilities.

Outside China, Professor Ong held exhibitions in Hong Kong, Singapore and Malaysia to raise monies for civilian victims of war.

Numerous press cuttings abound during those exhibitions and typical of the generous and sacrificial nature of a patriot, idealist and artist, he did not benefit from the proceeds of such fund raising.

The proceeds instead went to helping the Chinese Government of the day, the Chinese civilian victims in China and the civilian refugees and Chinese diaspora in Singapore and Malaysia during the Sino-Japanese War and World War II.

Many of his paintings and works were destroyed by the Japanese imperial army.

Professor Ong passed away in Ipoh, Malaysia on 20 December 1945 while exhibiting his paintings there. Many Chinese civilian victims of the war and the diaspora in Hong Kong, Singapore, Indonesia and all over South East Asia benefited either directly or indirectly from his fund raising efforts so that these families may start their lives anew; but sadly, with the passage of time, his contributions and sacrifices are long forgotten.

Unfortunately, he did not live long enough to return to his motherland and to see the founding of the People’s Republic of China in 1949.

A Note on Transliteration

The transliteration and translation of Chinese to English can be complex and confusing prior to the introduction of the Pinyin system in 1958 as there was no uniformity.

The English spellings of the same Chinese character may be different but have strong phonetic semblances dependent on the various Chinese dialects and the way it is pronounced. Professor Ong's surname/family name in the Chinese character is (翁) which is “Weng” in Pin Yin. However, this has also been transliterated as Ong or Ang (Hokkien); Yung or Yueng (Cantonese) and even Ung or Ueng.

No posts.
No posts.
Home
Subscribe to: Posts (Atom) 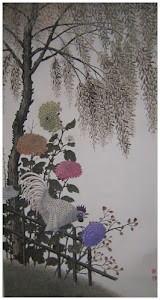